A deadly virus that infects both domestic and feral European rabbits has been detected in British Columbia, and is good reason for owners of rabbits or fair managers with rabbit shows to take extra precautions this year. It is not known how this new rabbit hemorrhagic disease (RHD) serotype virus 2 would affect native North American wild rabbits.

The Canadian Food Inspection Agency (CFIA) reported the detection of rabbit hemorrhagic disease (RHD) serotype virus 2, or RHDV2, on March 8. Rabbit deaths were reported on Vancouver Island, and there are tests in progress to determine if this disease has spread to the Canadian mainland. Officials in Canada are currently reviewing a vaccine for RHDV2, but there is no vaccine available in the U.S. 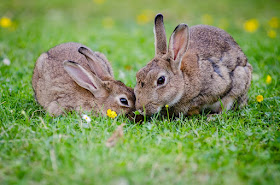 Rabbit hemorrhagic disease, or RHD, is easily spread among rabbits, causes a high rate of infection and death, and the agent (calicivirus) is very stable in the environment. The first signs of the disease can take up to nine days following infection, but affected rabbits can also develop a fever and die within 12 to 36 hours.

European rabbits have been shown to be affected by RHD and are the type of rabbit most commonly used as show animals by 4H, FFA and other hobby groups. The rabbits that died in British Columbia were European rabbits that had gone feral. It is not known how the virus would affect native North American rabbits, which are typically cottontail and jack rabbits.

Since there are no vaccines currently available in the U.S. for the virus, the best way to protect your rabbits is by practicing good biosecurity, including good sanitation and disinfection, and keeping new rabbits separated from your existing flock.

With fairs, shows and exhibitions coming up soon, there is always the concern that someone could bring an infected rabbit from an area where the disease has been reported.

Remember that a certificate of veterinary inspection must accompany all animals entering Washington State, including rabbits.

Rabbits can shed the virus in urine or feces for as long as four weeks after infection. It can be spread on contaminated food, bedding, fur and water, or by direct contact with infected animals or contaminated objects. Rabbits can become infected through oral, nasal, or conjunctival routes in the eyes.

While the disease does not affect humans, it can be spread through contaminated clothing or vehicles, or other animal handling equipment. Biting insects, birds, rodents, and wild animals can also spread the virus. The virus can survive for long periods of time in the environment and remain infectious to animals.

Signs of infection in rabbits include:
If you notice any of the symptoms listed above, contact your veterinarian. Rabbit hemorrhagic disease must be reported to state or federal authorities immediately upon diagnosis or suspicion of the disease.

To report a diagnosis or an unexplained increase in deaths among rabbits, you can contact WSDA at 360-902-1878 or 1-800-606-3056. Wild rabbit die-offs can be reported at wildlife.health@dfw.wa.gov or by visiting www.wdfw.wa.gov/conservation/health to file a report online.

Rabbit hemorrhagic disease in the RHD form has occurred in the U.S. before, back in 2000 in Iowa and in 2001 in Michigan, New York and Utah. However, the outbreaks were restricted to small groups of affected rabbits. RHDV2 has never been reported in the U.S.
Washington State Department of Agriculture at 3:09 PM
Share
‹
›
Home
View web version