Strangles reported in Whidbey Island horses, but an issue for all horse owners

Last week, strangles was diagnosed in a horse and two ponies at a Whidbey Island stable. There are a total of five horses and two ponies on the premise and the infected animals were recently purchased from a sale yard in Oregon. 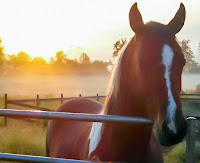 While there is no formal quarantine for the facility, the owners have committed to isolating the infected horse and ponies, which are all under the supervision of a veterinarian. Additionally, no animals are currently being allowed on or off the premise.

Strangles is rarely fatal and the prognosis for recovery is usually very good with proper care. But as the name suggests, strangles can affect a horse’s respiratory system. Typically, signs of the disease include:

While strangles is contagious and endemic in Washington, it is not usually fatal. Still, it is a reportable disease, meaning any diagnoses of strangles should be reported to the Washington State Veterinarian's Office.

The best protection against strangles is practicing good biosecurity. Here are some other suggestions from the Equine Disease Communication Center (EDCC):
The EDCC also publishes this “Strangles Fact Sheet,” which has more tips and suggestions.

Veterinarians should alert the State Veterinarian's Office of reportable diseases by calling (360) 902-1878.

Posted by Washington State Department of Agriculture at 4:00 PM