This month, WSDA entomologists identified a large hornet found near the Canadian border as an
Asian giant hornet (Vespa mandarinia), an invasive species not previously found in Washington State.

Although it is not typically aggressive toward humans, this unwelcome pest can inflict a powerful sting and also represents a threat to honeybees, for which they have a voracious appetite.

On Dec. 8, a resident in Blaine near the Canadian border reported an unusually large hornet they found on their property. Two days later, WSDA visited the site, collected the specimen, which was dead, and confirmed its identity a short time later.

The resident also reported seeing a live giant hornet at a hummingbird feeder before it retreated into a nearby forest.

WSDA and Washington State Department of Health (DOH) officials ask people in the area to be on the lookout for and take precautions to avoid contact with these large bugs.

The invasive hornets are typically almost an inch and a half long and are distinguished by their large yellow heads.

Asian giant hornets nest in the ground. Though they are typically not interested in humans, pets or large animals, they can inflict a nasty sting if threatened or their nest is disturbed.

Asian giant hornets are typically dormant over the winter, and are most often seen from July through October.

DOH advises individuals to take preventative measures in the outdoors by keeping food and drink covered or under screens, and cleaning up by disposing food and garbage properly. People should avoid swatting at the hornets, which may cause these insects to sting.

If you are stung, DOH recommends washing the site thoroughly with soap and water and applying ice or a cold compress to reduce swelling. The agency also recommends an antihistamine or use of an anti-itch cream to reduce itching if necessary. If you are stung multiple times or have symptoms of a severe reaction following a sting, call 911 or seek medical care immediately.

Additional information about bee and wasp stings and prevention measures can be found on the DOH website.

A threat to bees

Asian giant hornets feed on insects and are of particular concern to beekeepers because they are capable of quickly destroying honeybee hives.

This is the first time this invasive species has been detected in Washington State. In August, a large colony of Asian giant hornets was discovered and subsequently destroyed in British Columbia. The BC Ministry of Agriculture issued a pest alert about the detection in September.

Responding to the Asian giant hornet

In 2020, WSDA will conduct outreach to generate public assistance in looking out for the Asian giant hornet and reporting any detections to the WSDA Pest Program.

Additionally, WSDA is preparing plans to set traps in the Blaine area to monitor for Asian giant hornets.

If you think you may have spotted an Asian giant hornet, report it to WSDA’s Pest Program and, if possible, include a photo.

The scoop on adding soil to the apple maggot quarantine 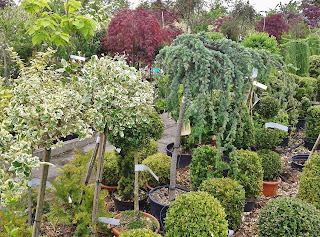 The rule change would regulate the movement of soil and growing medium, in pots or root balls of both plants that can host apple maggot and some non-host plants.

Under the proposal, plants with soil that originate from a quarantined area must have a phytosanitary certificate stating the following if they will be moved out of the quarantined area:

Non-host plants grown within the drip line of fruiting host plants in the quarantine area
As a reminder, moving fruit attached to host plants is already prohibited under the apple maggot quarantine.

The following remain unregulated, even under the proposed rule change:
In addition to adding soil and growing media to the list of regulated materials, WSDA is also proposing to change the rule to reflect how plants may enter the pest-free area if the risk is mitigated.

The rule change was first suggested by the Washington State Tree Fruit Association after WSDA trapping discovered that apple maggot had likely been moved into the pest-free area in the soil of a potted nursery fruit tree. WSDA identified soil on nursery plants as a probable pathway for the introduction of apple maggot into pest-free areas.

Public hearings for the rule change are expected to take place sometime in January, with exact dates to be determined.

WSDA is currently developing a Small Business Economic Impact Statement (SBEIS) to determine what economic impact this rule change may have on small businesses. The results of the SBEIS will be made public with the filing of the CR-102. Visit agr.wa.gov/Services/Rulemaking for more information on WSDA rulemaking activity or to view the CR-101.

Visit agr.wa.gov/applemaggot to stay informed about this rule change and other apple maggot quarantine issues.
Posted by Karla Salp at 8:00 AM