Washington State Veterinarian Brian Joseph said he expects the areas affected by the disease to continue to expand because it can be spread easily by a wide variety of means including small rodents, birds and larger carnivores.

WSDA has quarantined the property where the disease was identified. WSDA is not currently expanding the general quarantine area described in the article below. We will continue to monitor the situation. Rabbit owners are urged to continue to maintain high levels of biosecurity to protect their animals.

A deadly rabbit disease that struck in the San Juan Islands this summer, but appeared to be under control, reemerged much closer to the mainland this month raising new concerns about containing the disease before is spreads further into the state.

WSDA has added Whidbey Island to a rabbit quarantine area established this summer in the San Juan Islands to contain an outbreak of rabbit hemorrhagic disease (RHD), an extremely contagious viral disease with high infection and death rates in domestic and feral rabbits.

Although the disease could be devastating to rabbit populations, it is not a human health risk.

In July and August, WSDA confirmed positive diagnoses of RHD found in domestic and feral rabbits on Orcas Island and San Juan Island. A die off consistent with the disease was also reported on Lopez Island in the following weeks. The department issued an emergency rule in these areas in September, restricting the movement of rabbits, rabbit products, rabbit equipment and crates to prevent the spread of RHD.

WDSA expanded the quarantine to Whidbey Island after a dead feral rabbit found there tested positive for RHD on November 7. There have been two additional reports of dead feral rabbits, and there are reports of no rabbits in places they had been seen frequently, such as Ft Casey.  The department stopped movement of rabbits in or out of the area to contain the disease before it spreads further onto the mainland and becomes endemic in Washington.

Rabbit breeders, people who own rabbits as companion animals, 4-H participants, and those who raise rabbits for consumption face substantial losses if the spread of RHD goes unchecked. The state veterinarian will investigate and test all domestic rabbit mortalities and will test feral rabbits in new geographic regions where RHD has not been diagnosed.

The RHD virus is easily spread through numerous means, including direct contact with infected live or dead rabbits and/or contact with contaminated equipment, tools, hutches, and bedding.

Biosecurity is the best defense

In the U.S., RHD is considered a foreign animal disease; only rare, sporadic, and isolated cases have previously been reported in the U.S. This year’s outbreak in the San Juan Islands appeared to have been contained and run its course since no new cases had been confirmed since August.

The Whidbey Island case reinforces the fact that the virus can survive in the environment for several months. Maintaining biosecurity measures is critical in our effort to stop the spread of this disease.

Vaccines for RHD exist but are costly and, because RHD is considered a foreign animal disease, the vaccines are only available in the U.S. through private veterinarians who have USDA authorization.
Rabbit owners interested in vaccinating their rabbits should contact their veterinarian.

For more information about RHD, check out WSDA’s Animal Health webpage that include links to the quarantine, a fact sheet and articles about the disease. You can also contact a WSDA veterinarian by e-mail.

It was a chilly, foggy morning a week before Halloween when WSDA plant protection inspectors Sue Welch and Haley Palec pulled up to a remote Christmas tree farm near Cinebar, just west of Mount Rainier National Park. While most people were still carving pumpkins and designing costumes, at Bear Canyon Tree Farm, the smell of fir was in the air. The farm’s freshly-cut Christmas trees were waiting for WSDA inspections so they could be shipped around the world.

Bear Canyon Tree Farm’s trees were destined for markets in Hong Kong, Japan, and Singapore. In past years, they’ve even sent Christmas trees to Dubai.

To export Christmas trees to these and other countries, an inspection is usually required to make sure the trees don’t harbor any pests that might cause problems in the destination country. WSDA
inspectors will visually examine both baled trees (trees that have been cut and wound with string to tightly secure the branches to the trunk) and cut, loose trees.

While baled trees get a close inspection, it’s the loose trees that get the action with a forceful, lengthy machine shaking that will knock loose needles and pests from the trees.

To the untrained eye, the shaking just appears to create a pile of dead tree needles. But inspectors know what to look for. They bend down to carefully examine the pile, looking for needles showing signs of disease or insects that have fallen out.

On this inspection, several insects had lost their grip on the tree, but none were pests of concern and inspectors did not find evidence of any diseases. This was great news for the tree farm waiting to export their trees.

As for the baled trees, they also get a good shake prior to being bound and are then visually inspected.

Washington ranks fourth nationally in the production of Christmas trees, with all of those trees grown on about 400 tree farms statewide.
Noble and Douglas fir trees are the most popular Christmas trees sold in Washington, accounting for 90 percent of all sales.

But many of our state’s Christmas trees end up in Hawaii, California, Canada, Mexico, Asia, and U.S. military bases worldwide.


Washington Sea Grant, a program at the University of Washington's College of the Environment, hosted the first of four workshops in support of the Washington Coast Shellfish Aquaculture Study in South Bend last week.

The study is aimed at pulling together and advancing research to better understand the tidal ecosystems of Willapa Bay and Grays Harbor, with particular attention to interactions among shellfish aquaculture, eelgrass and burrowing ghost shrimp.


The problem with burrowing shrimp

Willapa Bay is home to some of the most productive oyster farms in the country, but in recent years it has been plagued by a booming burrowing shrimp populations that are threatening thousands of acres of oyster beds.

Left unchecked, the burrowing shrimp populations can grow to such high densities that broad swathes of the tidelands are reduced to unstable muck devoid of other sea life. The quagmire created by the shrimp is devastating for bottom culture oyster growers, who have no available tools to prevent their crop of oysters from sinking into the soft mud and suffocating.

Research dating back several decades in Willapa Bay has illuminated many characteristics of burrowing shrimp including survival rates, growth patterns, biomass production and long-term population trends in shrimp-dominated areas. But scientists know much less about other elements of their life cycle including recruitment, population dynamics and the influence and interaction of other species, such as birds, eel grass and shellfish.

The Washington Sea Grant study will compile existing information and coordinate new research about the bay’s ecosystem to advance a shared understanding among scientists, resource managers and shellfish farmers of how the ecosystems of Willapa Bay and Grays Harbor function.

With a better understanding of the biology of the shrimp, their interaction with native eel grass, and oyster farms, Sea Grant believes stakeholders will be able to make informed and effective choices to develop solutions.

Sea Grant’s stated goal is “to sustain shellfish aquaculture in the two bays by establishing a collaborative ecosystem-based management framework that will highlight potential solutions to the current challenges and support ongoing participation from tideland managers, owners and regulators.”

The workshop established a working group representing entities that own, manage or regulate shellfish beds, public tidelands and other natural resources, including shellfish farmers, public agencies and tribes. WSDA’s Aquaculture Coordinator Laura Butler is a member of the working group. Washington Sea Grant believes the dialogue between all the entities is as essential to the success of the study as scientific and technical contributions.

Although the study is not a public decision-making process, the public was invited and several community members attended and listened to local, regional and global experts and the working group’s dialogue. The group collected public comments submitted on notecards at the event. The public input will be incorporated into future discussions.

Projects currently contributing to this study are funded by a $400,000 appropriation from the Washington State Legislature and a $1.2 million grant from NOAA’s National Sea Grant College Program.

The study will include three more workshops scheduled over the next two years. These workshops will move the study forward and develop the tools needed for an ongoing ecosystem-based management collaboration among stakeholders.

WSDA joins a host of agricultural experts participating in the annual Tilth Conference in Yakima this weekend.  Agency specialists from a wide range of disciplines will share their expertise and experience in workshops, meetings and presentations throughout the three-day event that begins Nov. 8. 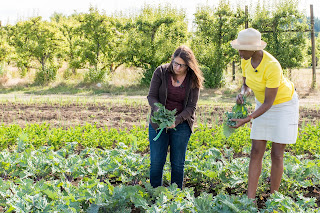 This year's theme is "Growing a Resilient Future: Production and Beyond," and will provide an opportunity for farmers, food system professionals, researchers and educators to learn from one another, share best practices and network with others in the agriculture industry.

Attendees will have a chance to explore topics such as crop and livestock production, pest and weed management, marketing, certifications, land access, and opportunities and challenges in agriculture.

WSDA staff are among the numerous speakers at the conference, and will cover a variety of topics including: 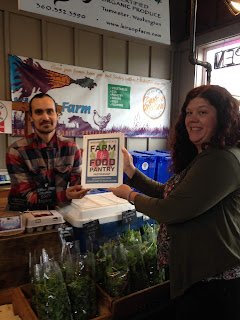 
Visit the Tilth event schedule for a full list of the talks, workshops and panel discussions.

Posted by Washington State Department of Agriculture at 4:01 PM