To celebrate Washington's 125th birthday, WSDA reached out to our Centennial Farm families - those families who had been recognized for continuously operating the same farm for at least 100 years at the time of the state's Centennial.

More than 400 farms participated in the 1989 Centennial Farms project. From these families, we learned about the establishment and early history of farms from across the state. Taken as a whole, they told the story of how Washington was settled, how the public land laws were used to acquire farmland, and how farm families were instrumental in building communities and setting the course for the state.

In 2014, we wanted to find out whether these farms were still owned by the same families and to learn a little about what had changed over 25 years. Over the course of a year, aided by hardworking volunteers, we heard back from 286 farms, with 88 percent reporting the farm was still in the same family.

The responses provide a snapshot of each farm’s 2014 ownership, size and operation. Together, they illustrate many of the changes that have occurred on our state’s farms over the past 25 years, including:
• The increased emphasis on “buy local” and sustainable agriculture.
• The advent and growth of organic farming.
• Major changes in the production of many of our top agricultural commodities.

To wrap up the project, we are producing an online publication -- Washington’s Centennial Farms, 25 Years Later. It includes information about all 286 participating farms and focuses on changes to these farms and our state’s agricultural industry over the last 25 years.

I was a member of the small team that carried out the original Centennial Farms project and have led the 2014 project. I feel privileged to be connected with Washington agriculture all these years through my work at WSDA and to have had the opportunity to reconnect with farm families who have been part of our state’s history and agriculture industry for more than 125 years.
Posted by Washington State Department of Agriculture at 9:51 AM

Looking to spend time with a loving rescue dog, perhaps as a long-promised gift to yourself or family this holiday season? If a rescue dog is on your gift list, be sure you know its health history to protect other pets and loved ones.

Rescue dogs come here by the hundreds from California, Texas and other states. Some even come from as far away as Mexico, Afghanistan, South Korea and other countries. 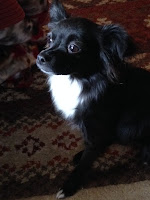 The rules require that animal transporters and importers have paperwork demonstrating that the dogs have been seen by a veterinarian and have the appropriate shots and tests. Washington also requires certificates of veterinary inspection. This isn’t just meaningless paperwork, but an important way to increase confidence that these new pets aren’t carrying diseases like heartworm, parvo virus or rabies. These diseases can make your pets uncomfortable, ill or even kill them.

So what are our state’s rules?
Why this matters - documented problems

We have had some problems with imported dogs, including one from Iran. A veterinarian contacted us earlier this year about the dog, believing it did not receive the proper vaccinations described in import documents. Paperwork showed it had received rabies and distemper shots, but the puppy looked too young to actually receive the rabies vaccination. The puppy didn’t show signs of illness, but the issue of illegal import documentation is suspected both by the WSDA and private veterinary staff. Ultimately we closed the case because we were unable to determine the parties involved.

Another case was brought to our attention by a public health officer with the Centers for Disease Control at Sea-Tac Airport. He was following up on a five-dog import coming in from Afghanistan and had issues with the paperwork. The records did not reflect whether the dogs were tested for heartworm. The test is required by our state law. In this case, the rescue group, Puppy Rescue Mission, was very cooperative. The importer worked with a local veterinarian and the heartworm testing was completed.

Why is WSDA reaching out to dog rescuers?

We know some stumbling blocks for transporters include the fact that the dog’s original owners may not be able to afford the costs of tests or know our regulations meant to protect animals.

The majority of rescuers are legitimate and are following the rules. When rules or laws are ignored, it creates a health risk to other pets. And unfortunately, a diseased dog that goes undetected can bring sadness and undue hardship to its new family needlessly.

So how can you protect loved pets in our state? If you plan on adopting a rescue dog, follow these tips:

Most of my work at WSDA centers on protecting dairy and beef cattle, small livestock, poultry and horses. However, I’ve devoted my career as a veterinarian to helping nearly all animals. I like nothing more than to see a happy, healthy animal in a good home. That’s why these rules are important – they help assure that the animal you adopt is healthy and protects pets for everyone else.
Posted by Washington State Department of Agriculture at 8:48 AM 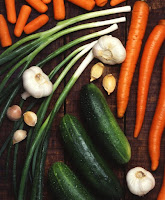 SCMP is a program of the U.S. Department of Agriculture (USDA). It funds collaborative, multi-state projects that address these regional or national specialty crop issues:


Washington is one of 18 states accepting applications from industry organizations, associations, or other state departments for these grants. All SCMP proposals must have at least two partners substantially involved in the project, and partners must be located in different states.

If you have a project to propose for funding, submit an application by the deadline of 8:59 p.m. (PST), Dec. 15, 2015, to:  SCMP@agr.wa.gov.  Be sure to follow the submittal guidelines in USDA’s Request for Applications and additional applicant guidance, which can be found on the SCMP How to Apply page.

WSDA will screen proposals to make sure they’re complete and meet requirements, and then submit applications to USDA for consideration.

For more information about this grant funding opportunity:

Posted by Washington State Department of Agriculture at 10:13 AM