King County – home of the Seahawks, Microsoft, and farmers

When people think of King County, their first thoughts may be of Seattle, Microsoft, or Boeing - not necessarily cows and tractors. But King County FFA and 4-H members, small farm operators, and local elected leaders spent part of National Ag Day this year discussing farming in the shadow of Seattle.

“These are the kinds of events needed to raise awareness of the importance of agriculture in the Puget Sound Basin,” Derek said.

One of the challenges of farming is land disappearing to urban sprawl and the subsequent increase in the price of the remaining land. Finding people to farm the land that does remain is another problem which is why more education is needed to interest a new generation of farmers and ranchers to pick up the proverbial ball, or hoe in this case.

This is where programs like FFA and 4-H can help.

“All kids and adults have access to agriculture, even in the cities,” said Nancy Baskett, who in addition to coordinating 4-H clubs in King County also raises rabbits.

High school students Cierra Zak and Tyler Pitre, both juniors at Decatur High in nearby Federal Way, agreed that anyone can learn more about agriculture, even city kids. These two FFA members said most of their classmates have never raised animals or been on a farm, but are eager to work with animals given the chance. The chicks (referring to baby chickens and not their classmates) are particularly popular, they said.

Despite the challenges, many opportunities exist for agriculture, especially for closing the farmer-consumer gap.

The proximity of these many farms to the Seattle metro area is a key opportunity. Farming remains widespread in King County, with more than 1,800 farms averaging 30 acres each. An acre is roughly the size of a football field, so if you imagine 1,800 farms each the size of 30 Seahawks football fields,that is a substantial amount of land where agriculture continues to thrive in a metropolitan county.

King County farmers, because of their proximity to Seattle’s booming population, have the opportunity to connect with consumers in person to deepen their understanding of agriculture. Whether it’s at a farmers market, an on-farm produce stand, or even farm tours, they have chances for a personal connection with consumers that can be more challenging for farmers on more remote farms in Eastern Washington.

Leann Krainick, dairy farmer and a King County Agriculture Commission member, said it’s up to those in agriculture to help educate those who are not.

“People want to learn,” she said, so she starts each day by asking herself, “What am I going to do to promote farming today?”
Posted by Washington State Department of Agriculture at 12:36 PM

How many times have you heard that the public will understand and support agriculture more if farmers would just tell their story better? One key part of telling that story is the numbers that help quantify the amazing work that farmers do. 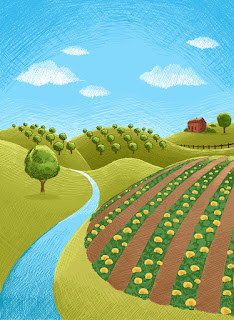 Washington’s farmers and ranchers will soon have the opportunity to help tell that story by taking part in the 2017 Census of Agriculture. Held every five years by the U.S. Department of Agriculture’s (USDA) National Agricultural Statistics Service (NASS), the census provides a count of U.S. farms, ranches, those who operate them and much more.

“All types and sizes of farms and ranches have a story to be told through the census,” said Chris Mertz, Northwest regional director for NASS’ office in Olympia.

Information gained through the census helps USDA shape programs that help agriculture, by sharing information such as: 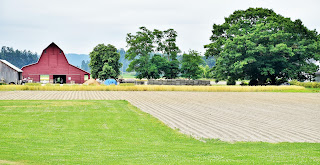 As we continue to share current statistics during National Ag Week, the next highly anticipated survey is still a year away.

“We’ll continue to talk about the importance of the census, particularly as we move closer to mailing out census forms in December,” Mertz said.

NASS also hopes to increase the number of farmers who respond online. The online census form allows producers to skip over questions that don’t apply to them, calculates totals automatically and provides drop-down menus for common answers. 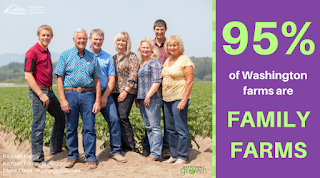 Although NASS statisticians and support staff produce many surveys each year, the Census of Agriculture is the only source of uniform and comprehensive agricultural data for every county in the U.S. Washington had a response rate of 78.4% in the 2012 Census of Agriculture, slightly higher than other states.

“This is the ag community’s opportunity to help shape American agriculture – its policies, services, and assistance programs,” Mertz said.

The results are relied upon heavily by those who serve farmers and rural communities, including federal, state and local governments, agribusinesses, trade associations, extension educators, researchers, and farmers and ranchers themselves.

The NASS defines a farm as any place from which $1,000 or more of agricultural products were produced and sold, or normally would have been sold, during the census year, in this case 2017.
Posted by Washington State Department of Agriculture at 8:19 AM

This pest loves your flowers

What is green, shiny, and a pest that WSDA hopes doesn’t cross the river? 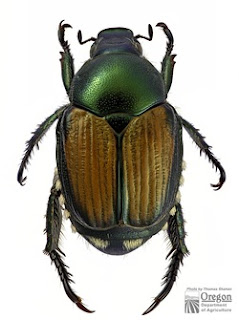 Japanese beetle is a metallic green and bronze beetle first found in the US in 1916. A beautiful bug to look at, those in the Eastern States and Midwest are familiar with the havoc this particular pest can inflict on the environment.

Roses are one of the favorite plants that Japanese beetles attack. In fact, the scent used to attract the pests to traps has a very pleasant, floral scent. But roses aren’t the only plants the beetles attack. They eat the foliage, flowers, and fruit of over 300 different plant species, including favorites like grapes, hops, and cannabis in addition to roses.

One sign that Japanese beetles (or their relative, the European chaffer) are in your area is to take a look at your lawn from late fall to early spring. Japanese beetles overwinter as grubs in the ground with lawns as a favorite location. They feed on the roots of your grass all winter long.

But that’s not the only damage they do. These grubs attract everything from raccoons to ravens. They dig up your lawn looking for a mid-winter tasty snack. The upside is one small natural control for Japanese beetles. The downside is that it destroys the turf and, sadly, even this predator feeding does not keep the beetles in check.

Both Washington and Oregon routinely monitor for this invasive bug, and last year Oregon found an infestation in Portland. Almost 400 beetles were found – the most ever in the state. Now the Oregon Department of Agriculture is poised to start a multi-year effort to eradicate the pest.

With the increased finds in Oregon, Washington is on alert for the potential for the bugs to cross the Columbia River into Vancouver. While WSDA normally has a few traps in the Vancouver, in 2017 a full-time trapper will be dedicated to placing about 400 traps in the area.

Don’t give pests a ride

While it’s unlikely that a beetle would actually fly across the river, the reality is that thousands of people cross the river from Portland to Vancouver every day. Whether a Washingtonian just drives back from working in the City of Roses or visits an Oregon nursery to find a favorite plant, the threat is real that humans could transport this pest beyond their natural flight capability. 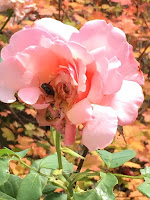 WSDA monitors for Japanese beetles throughout the state each year. However, if you think you have found Japanese beetle in your yard, take a picture and capture the bug if you can. Then be sure to contact the WSDA pest program at pestprogram@agr.wa.gov or call 1-800-664-6684.

Your roses will thank you and so will we.

If you grow any type of Brassica species, remember that any plants left to bloom and produce seeds are regulated within Washington State. Brassica plants that go to seed must be isolated from other Brassica flowering crops to protect against cross-pollination.

Seed production is an important industry for Washington’s economy and for world food supply. For instance, one-quarter of the world’s cabbage seed comes from Western Washington. More than 15 species of Brassica vegetable seed crops are grown in Washington. To safeguard the purity of these products, crops must be isolated by specific distances to prevent cross-pollination.

Common names for plants within the Brassica family – also known as Crucifer family because the 4 petals of the flowers look like a cross or crucifer – include cabbage, kale, kohlrabi, broccoli, cauliflower, Brussels sprouts, mustard, rutabaga, turnip, pak choi, and others.

When open-pollinated species like Brassica species are allowed to bolt, flower and go to seed, they can spread pollen to neighboring fields and farms, contaminating other Brassica seed crops. This has been happening, especially in northwestern Washington counties.

Growers of Brassica crops intended for fresh market sale may not allow their plants to over-winter and go to seed unless they follow the state’s rules. WSDA regulations require Brassica seed growers to participate in cooperative events that identify (‘pin’) their crop locations. This applies to “seed savers” as well.  If you intend to allow a Brassica crop to overwinter and produce seed, you must identify the location of that field on a public map.

‘Pinning’ the locations of cross-pollinated seed crops, which started in Washington State in the 1940s, brings together seed crop growers to mutually map out where crops will be planted with the goal of preventing unwanted cross-pollination. At a minimum, a half-mile distance is required between Brassica plantings of the same species. The distance is greater for different Brassica species. Please do your part to support Washington’s seed industry – be a good neighbor by preventing volunteer Brassica bloom, or take part in the state’s pinning process if you want to produce seed.

If you have questions, contact the WSDA Seed Program or your local WSU Extension office.

In summary: WSDA is reminding farmers of Brassica crops that plants left to bloom and produce seeds are regulated in our state and must be isolated from other Brassica flowering crops to protect against cross-pollination.
Posted by Washington State Department of Agriculture at 8:01 AM