Apply early for your Cottage Food permit, be ready for farmers market season

Spring is not far off when a harvest of strawberries, raspberries and other fruits prompt some of us to envision desserts, jams and jellies to enjoy with seasonal summer fruit. If this has you thinking of starting a Cottage Food home business and selling your goods at your local farmers market, the time to submit your application is now. 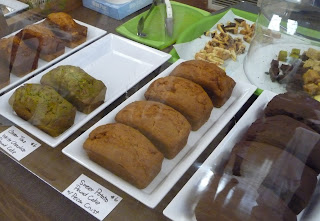 The application process can take several weeks and first-time applicants sometimes miss key parts that can delay approval. By applying now, you still have time to get your Cottage Food permit and be prepared when Washington’s farmers markets are in full swing, as well as when the fruits and berries are coming into season.

Depending on the number of recipes submitted, it could take anywhere from four to six weeks for an application to be reviewed and approved for a home inspection, which must be conducted before a Cottage Food permit is issued.

You can get an application by visiting www.agr.wa.gov/cottagefood or by calling the Cottage Food Program at (360) 902-1844.

If you have any questions, you can email us at cottagefoods@agr.wa.gov or give us a call.

Posted by Washington State Department of Agriculture at 2:45 PM

Offering healthier food options at food banks and meal programs boosts the health of Washington’s low-income families and helps strengthen communities. How are we doing at increasing the nutrition available through the emergency food system? By compiling the data, we can now measure our progress.

The foods are categorized as healthy or less healthy. Healthy is defined as fruits, vegetables, dairy, proteins, grains and water. Less healthy options are defined as processed foods, others and unknown. The first quarter data for 2015 showed a slight increase in healthier options, compared to the baseline established in 2014. See our web page and fact sheet for results.

Why does this data matter?

Food banks, pantries and meal programs can share this information with donors, and it can help with targeting donations, fundraising activities and grant opportunities. This in turn can improve the quality of products entering the donated food system and encourage strategic partnerships to keep this improvement going.

One example is the Rotary Club’s Farm to Food Pantry pilot program, in which WSDA is a partner. Through other community partnerships and funding, this program supports food pantries that work with their area farmers to provide fresh and local produce for clients. Currently, farms in six Washington counties are participating.

The Healthier Food Options data has also become a measure within the Governor’s Results Washington goal of Healthy and Safe Communities. WSDA and our partners included a metric to improve healthier options available for food assistance.

What you can do

We are striving for 100 percent reporting on this measure from local emergency food assistance programs. To that end, we have revised and improved the Healthier Food Options reporting forms and instructions to make them more streamlined and user-friendly. If you’re involved in local food assistance efforts, please help us gather this important data.

If you donate to your local food assistance program, you can help expand the healthy options available by donating:


Providing healthier food to struggling individuals, families and children benefits us all by improving the overall health of Washingtonians.
Posted by Washington State Department of Agriculture at 1:18 PM

Canine influenza, or dog flu, is a highly contagious virus that is spread by direct contact with respiratory secretions from infected dogs. We’re talking about spread through coughing, sneezing or barking. Even contaminated inanimate objects can spread the disease. 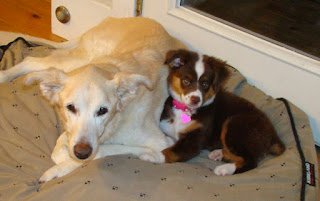 Canine influenza is one of the causes of the canine respiratory syndrome known as “kennel cough.” Dog owners with dogs that are coughing or showing other signs of respiratory illness should contact their veterinarian. If your dog is showing symptoms, don’t expose your sick dogs to other dogs. You can consult with your veterinarian about determining whether a vaccination is needed.

Symptoms are often mild to moderate. However, as in other species that are affected by influenza A viruses, serious infection is a higher risk in puppies, elderly dogs and immunocompromised dogs.

Although WSDA isn’t conducting any tests, we’re aware current cases in King County point to a strain of the illness identified as novel H3N2. Veterinarians in many states saw the H3N2 strain in dogs last year after initial cases were reported in Chicago.

The spread of influenza viruses is particularly common where dogs congregate or commingle, such as boarding kennels, shelters and dog parks. I recommend that dog owners be extra vigilant about cleaning toys, equipment, bowls, clothing (both dog and human) or any other item that may come in contact with other dogs at any place where dogs interact.

If you would like to learn more about canine influenza, a blog by Public Health—Seattle & King County staff is a good place to start. I also recommend reviewing the topic on the American Veterinary Medical Association website, which has answers to a number of common questions about this disease.

Dog flu is not commonly fatal, but it does spread rapidly and can cause dog owners a great deal of concern. If you see any signs of this illness in your dog, the best bet is a visit to your vet.
Posted by Washington State Department of Agriculture at 11:46 AM

The Gypsy moth – Worst. Pest. Ever?

Environmental wrecking balls. Rashes and allergies. Raining caterpillar poop.  In the world of invasive pests, the gypsy moth ranks as one of the worst.

One of the most dangerous tree pests ever introduced to the United States, gypsy moth is permanently established in more than 20 Eastern states.  There, it kills or damages millions of acres of trees each year.  Last year in Washington, the moth made a big push to try and set up a permanent home in our beautiful trees.

So what makes this pest so terrible?  We have created a new infographic to answer just that question.

Called “13 Reasons to Unfriend the Gypsy Moth,” it details just some of the reasons that the gypsy moth is bad news for Washington’s trees, environment, and residents.

To protect Washington’s environment and residents, WSDA has proposed treating several areas throughout the state to control for gypsy moths.  We’ll be using this blog in the upcoming months to talk about what that process looks like and to answer your questions and concerns.

Posted by Washington State Department of Agriculture at 2:39 PM

Washington’s 2015 drought hurt farmers across the state. But by how much? Finding an answer to that question is the goal of a WSDA study funded by the Department of Ecology.

Our agreement with Ecology, signed in November, requires a full and complete report by December 2016. The agreement also called for a preliminary report to be issued Dec. 31, 2015. Last week, we posted the “Interim Report: 2015 Drought and Agriculture” on our website.

As expected, researchers with WSDA’s Natural Resource Assessment Section found that the effect of drought on growing operations depended on a number of factors, including the type of crop, the crop’s farm gate value and, of course, the location of the farm itself.

Impacts in the hundreds of millions

It would be a mistake to tally up the economic losses estimated at this point and declare that figure to be the sum of the financial hit farmers, ranchers and other sectors of our agriculture industry suffered. That’s because at this early stage of our research, just a
handful of commodities had data we could use for this very preliminary assessment. Some of our state’s top commodities are not reflected in this report, such as potatoes, horticulture or livestock.

Still, it’s clear that economic losses are easily in the hundreds of millions of dollars in certain agricultural sectors and the number will surely grow. It will be months yet before the USDA National Agriculture Statistics Service releases revenue figures for the 2015 Washington ag industry.

As the report writers state, “Regardless of precipitation or snow accumulation in the current water year, areas significantly impacted by the 2015 drought will continue to see yield or quality impacts in the 2016 crop.”

So, while the recent rainfall in Western Washington and the snowfall in the Cascades and Olympic mountains may make it seem like our state’s drought is over, for those in agriculture, the effects of the 2015 drought are just now beginning to be seen.

Posted by Washington State Department of Agriculture at 12:32 PM