Think twice before giving bunnies or chicks as gifts

Although it may be tempting to gift a small child with a fuzzy baby rabbit or chick on a glorious spring day or as an Easter gift in a basket, giving such animals as gifts should only be done after careful consideration for the health of the children and the well-being of the animal.

Rabbits and poultry carry a significant health risk for children and many new owners find themselves unprepared for the reality of raising a rabbit, hen, or rooster. 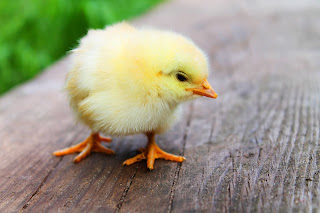 It is common for a child to nuzzle or even kiss a baby chick. However, poultry can carry Salmonella bacteria on or in their bodies, and some types of this bacteria can make people very ill.

The Centers for Disease Control and Prevention has reported an increase in salmonella cases associated with the increase in backyard poultry raising in response to COVID-19 pandemic food security issues.

Proper handwashing will go a long way to keeping yourself and your child safe, but small children are notoriously lax about handwashing; they put things in their mouths, have close contact with the ground, and sometimes interact very closely with animals. All these actions put children at greater risk of Salmonellosis, which can cause severe diarrhea, vomiting, dehydration, and serious complications.

Another concern about gifting a chick is what becomes of the chick as it grows. Will you be prepared for a laying hen that can live 10 or more years, or a rooster who will let the neighborhood know when it is 5 a.m.?

Dumping birds somewhere after a child has lost interest is illegal, unethical, and cruel.

The same concern holds true for rabbits, also often given as a gift.

Once interest in the bunny wanes, many rabbits are dumped in parks or other remote areas. This is a tragedy on two fronts. First, freed domestic rabbits are not prepared for life in the wild and usually succumb to starvation or predators. Second, surviving rabbits wreak havoc on ecosystems by competing with native rabbit species, destroying desirable plants, and reproducing at alarming rates. 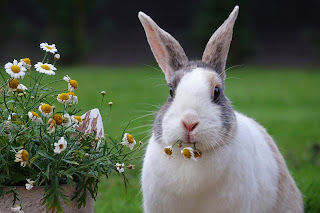 To make matters worse, in recent years a serious rabbit disease has been spreading more widely in the Washington and the U.S. – Rabbit Hemorrhagic Disease, or RHD. This virus is highly contagious among the European rabbits most commonly sold, and releasing them into the wild increases the risk of the disease spreading into native wild rabbits.

If, despite your best efforts and intentions, you are no longer able to care for any type of pet, it should be taken to an appropriate animal shelter and never set loose in the wild.

Bringing an animal of any kind into a household is a serious decision. Considerations include how to feed, house, and care for the animal for the duration of its life - which can be years – in order to keep both people and pets safe

If you are not prepared for such a commitment, consider sticking to a stuffed animal—there is no feeding or waste to worry about, and you can always throw them in the washer!