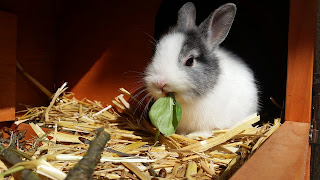 A private veterinarian tested the rabbit, which was housed exclusively indoors, after sudden deaths were reported. The premises is under quarantine and has implemented biosecurity measures.

In 2019, RHDV2 killed hundreds of feral domestic and domestic rabbits in Island and Clallam counties. Before then, the disease was designated as a foreign animal disease (FAD). If FADs are detected, there are a number of restrictions and emergency rules put into effect. Because of that outbreak, the virus is now considered stable-endemic, which means it already exists in the environment. Since the outbreak three years ago, 15 additional states have reported detections in either wild or domestic rabbits. As of April 2022, RHDV2 has been confirmed in wild and domestic rabbits in nearly 20 states nationwide.

Because the disease now exists generally in the environment, there won’t be any additional restrictions or rules set into place with this detection.

Late last year the state vet’s office authorized the emergency use of a vaccine for RHDV2, which is now available to all Washington veterinarians. The vaccine has been shown to be protective against RHDV2. The vaccine must be administered by a Washington licensed veterinarian.

State Veterinarian Dr. Amber Itle is calling all rabbit owners to ask their veterinarians about the vaccine and to have their rabbits vaccinated as soon as possible. Due to the contagious and extremely infectious nature of this virus, vaccination is critical for disease control to protect our domestic and wild rabbit populations alike.

“Remember to observe good biosecurity practices in addition to vaccinating your bunnies.  Be sure to isolate new additions for three weeks before commingling them with your colony and avoid contact with domestic and wild rabbits,” she said.

Posted by Washington State Department of Agriculture at 4:35 PM