Stirring up a hornet's nest - safely 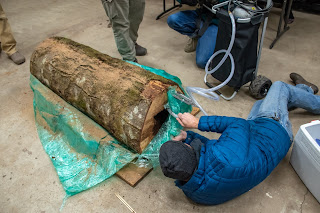 For WSDA’s Pest Program, persistence has paid off.

Months of researching, planning, and trapping finally led to the discovery of the first Asian giant hornet nest in the United States. The nest was found inside a tree cavity.

After vacuuming 85 hornets from the nest last Saturday, the entomologists in our Pest Program completed the second phase of the project by removing the portion of the tree with the nest on Oct. 28. When they cut into the tree to get to the nest, two queens emerged.

Opening the tree and nest

Early in the morning of Oct. 29, WSDA Pest Program staff gathered at the Washington State University Puyallup Research and Extension Center where the cellophane-wrapped log holding the nest was placed in a walk-in cooler. The cool temperature was meant to help keep any live Asian giant hornets less mobile. 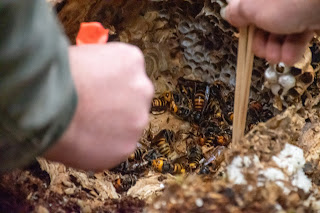 In preparation for splitting the log, the team partially removed the cellophane covering it and pumped more carbon dioxide into the tree. They used a circular saw to cut partway through one side of the tree to help the tree split evenly and create a spot to insert a metal wedge. Once the wedge was inserted, one of the team struck it with a sledgehammer, splitting the log open.

The team went into a flurry of action to collect Asian giant hornets that had remained in the log, many of them still alive, though none flying. Numerous adult specimens were collected and there appeared to be both new queens and workers in the nest. 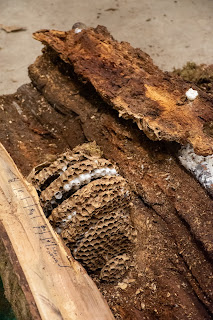 Once the adults were collected, the team set about removing and analyzing the remainder of the nest. They found several larvae in the nest and many white-capped cells with developing adults. 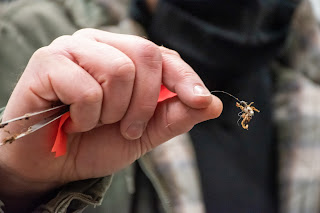 They also found the radio tag they had lassoed to the Asian giant hornet that led the team to the nest. It appeared to have been chewed off.

Still time to trap hornets and find another nest in 2020

Over the next several days, WSDA entomologists will continue to analyze the nest and its contents. They will record data such as the number and caste of adult specimens, the number and size of the nest cells, overall nest size, weight and length of collected specimens, and more. All of the data will be made publicly available when it is complete and will be posted to our Asian giant hornet webpage at agr.wa.gov/hornets. 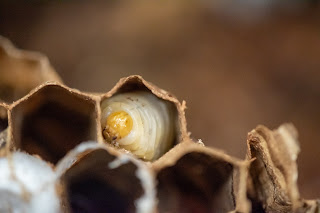 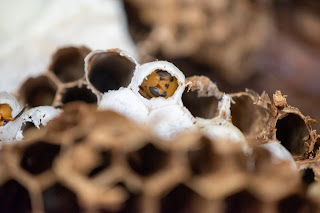 Although the first nest has been found, this is not the end of the story. Work continues for WSDA’s Pest Program as well as some citizen scientist trappers in Whatcom, Skagit, Island, and San Juan counties who are keeping their traps up until at least Thanksgiving. There is still time to find another nest this year and residents are still asked to report Asian giant hornet sightings (with a photo if possible) online, via email at hornets@agr.wa.gov, or by calling 1-800-443-6684. 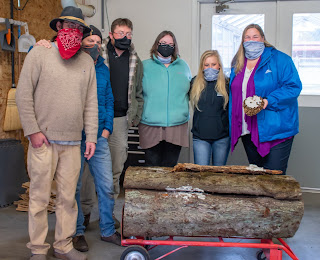