A look at WSDA's key accomplishments in 2016

Before 2016 fades into memory, today we’re noting examples of how our agency supported Washington’s agriculture and food industries, highlighting the work of our five divisions. 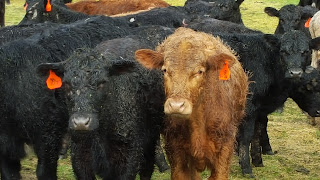 Assistant State Veterinarian Scott Haskell started in August and one of his first tasks was to support efforts to contain equine herpesvirus. Dr. Haskell worked with Washington State University and horse owners to contain the outbreak. Twenty-seven cases of West Nile virus in horses also kept veterinary personnel busy this past year.

Dr. Brian Joseph started in December as the new state veterinarian. He has connected with WSU and met with Oregon officials and livestock market representatives to review ongoing animal disease traceability efforts. Our work emphasized advances in the ability to retrieve livestock records in the event of a disease investigation.

In the Fruit & Vegetable Inspection Program, apple inspection standards were rewritten in “plain talk” for easier interpretation. We maintained goals to meet customer expectations for services.

The International Marketing Program participated in export promotions, including a trade mission to Vietnam.

Food Safety & Consumer Services
The Food Safety Modernization Act (FSMA) involves a major update to FDA food laws to prevent and detect safety problems. Our Food Safety Division has adopted federal FSMA rules under state code. Our staff members have begun outreach and education efforts on food, feed, and produce safety that are fundamental to the successful implementation of the FSMA.

Our agency also supported efforts to reduce childhood obesity and provide access to healthy foods in schools and to low-income families through the Food Assistance Programs and Farm to School activities, which also generated new markets for farmers.

Pesticide Management Division
Employees managed the disposal of 95,000 pounds of pesticides that owners no longer needed, enforced state and federal pesticide laws and confirmed compliance with laws that cover manure from livestock operations.

Plant Protection Division
After conducting its second largest gypsy moth eradication ever this past spring, the Pest Program management announced there would be no spraying for the pest in 2017.

In other pest management, WSDA developed a regulatory approach for transporting municipal green waste to Eastern Washington based on a pest risk analysis for apple maggot.

WSDA’s efforts to sample and certify the largest state hop harvest ever brought us kudos, with reporters covering some of our work.  And the Washington State Liquor and Cannabis Board partnered with WSDA, committing to purchasing testing equipment and funding staff dedicated to testing pesticide levels in marijuana products.

Stay connected with WSDA
These highlights barely scratch the surface of all the work accomplished by WSDA personnel. To stay up with the latest news, sign up to follow us in 2017 through this blog, on Facebook or Twitter (our Twitter handle is @WSDAgov).

Posted by Washington State Department of Agriculture at 11:18 AM