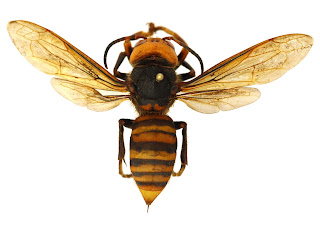 This year when beekeepers receive their annual reminder to register their hives, they will receive something else as well – a call to action to report Asian giant hornet sightings and attacks.

Asian giant hornets are the world’s largest hornet. While they will eat various types of insects, they have a favorite: honey bees. A handful of Asian giant hornets can kill an entire hive of bees in just a few short hours. They then take over the hive and defend it as their own, taking the brood and feeding them to their own young.

In December, WSDA received and confirmed two reports of Asian giant hornet in the areas of Blaine and Bellingham. 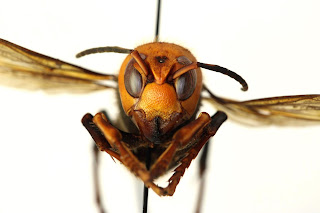 You can spot an Asian giant hornet by a few characteristics:

You may not see Asian giant hornets themselves, but you may see the aftermath of an Asian giant hornet attack. These hornets will leave piles of dead bees, most of them headless, outside their beehive, as shown in the photos below. 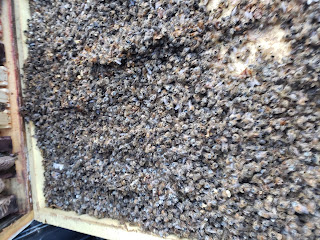 If you believe you have seen an Asian giant hornet or if a beekeeper has noticed the aftermath of an attack, we want to hear about it. There are several ways to report:


When reporting a sighting, please provide as much of the following details as possible:


Don’t be fooled! Several native species can be mistaken for the Asian giant hornet. 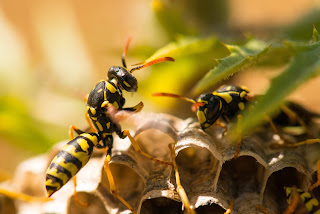 Paper wasps are more slender and smaller overall compared to the Asian giant hornet. They also do not have an orange/yellow head. 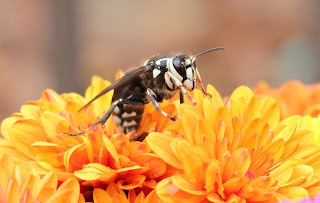 Bald-faced hornets are about an inch long and are mostly black with white stripes and spots.

Yellow jackets are less than an inch long. They have distinctly yellow faces with a black area near the top of the head.


The elm sawfly can be as large, or larger, than the Asian giant hornet. They have a black face and yellow stripes, but they lack a stinger.

Asian giant hornets have a much longer stinger than honeybees. Typical beekeeping attire will not protect you from Asian giant hornet stings. Additionally, their venom is more toxic than that of local honeybees and wasps and they have a comparatively greater supply of the venom as well.

Asian giant hornets are not generally aggressive towards humans, pets, or other mammals, but they can attack if they feel threatened. Asian giant hornet stings – especially repeated stings – can require medical attention, even in those who are not normally allergic to bee or wasp stings. Several hornet-related deaths occur each year where they are native in Asia.
Updated on May 22, 2020 to correct the number of confirmed sightings.