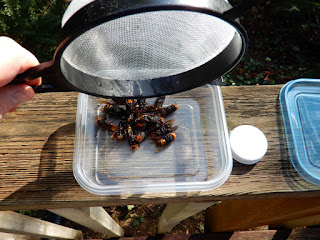 The first step to eradicating this invasive pest - which threatens honeybees and all the crops they pollinate - is to locate the existing Asian giant hornet colonies. To do that, WSDA is enlisting the help of beekeepers and the public to trap and report Asian giant hornets in Washington. But helping out has risks and takes time, so read our list below before you decide to trap.

Here are the top eight things to know about trapping for Asian giant hornets: 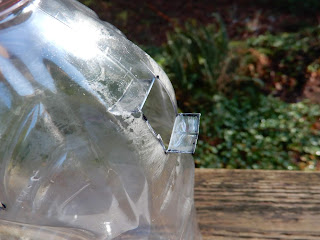 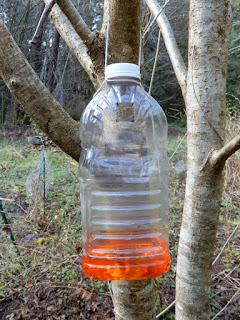 Trapping for Asian giant hornets is just the first step in locating and eradicating nests. WSDA is still finalizing plans for tracking live, trapped hornets back to their nests. To learn more about Asian giant hornets and WSDA’s program to eradicate them, visit agr.wa.gov/hornets.